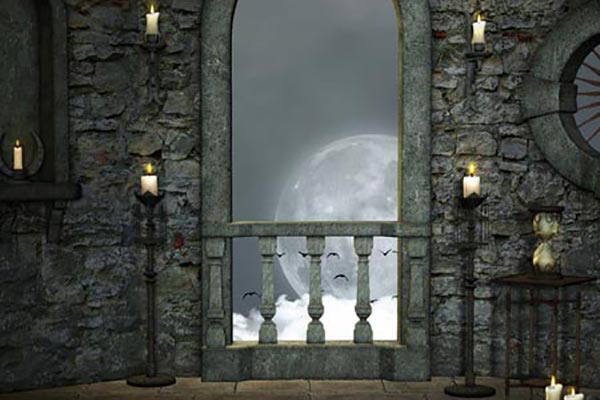 The names corresponding to the 13 Lunar Year Full Moons are what I have come to call them. I give credit to all those before me for figuring out what seems to work and for passing it on to me. They can be called by many other names in respect to your particular path or tradition. (more moon information)

I call the full moon in February the Candle Moon. This name refers to the light of the candles (in many traditions) that serve as a representation of the celebrations of Imbolc, Candlemas, The Festival of Lights, and Brigantia, to name but a few celebrated on or around early February to celebrate and encourage the return of the sun and with it, the renewal of hope.

It is also a good time to take a look at - or shine a light on - any issues or challenges you may be having. Just as we prune a tree, sometimes we need to do a bit of personal pruning. Cut away what you can see is no longer needed or you just know is not going to work. In doing this, we allow new things to sprout which gives new hope and energy to what we'd like to see grow or come to bear fruit in the coming summer season.

Today we have the advantage of aligning our energies with cultures and traditions we are drawn to. Basically we can pick and choose a moon name that we feel most connected to. While there are lots of reasons for different names, i.e. cultures, regions of the world, differences in weather, timing of seasonal changes (such as winter arriving earlier in the north than in the south) and so on, if you are celebrating using moon energies, it should be a name that encompasses what your personal intentions and beliefs are.

Native tribes of the north and east in the U.S. most often called this one the Full Snow Moon due to February generally having the heaviest snow falls. Some tribes referred to this Moon as the Full Hunger Moon as well, since harsh weather conditions in their areas made hunting very difficult. Celtic traditions named this one the Moon of Ice, in Medieval England it was called the Storm Moon, and many westerners choose to call it the Wolf Moon.

Find what resonates with you and your Spirit, it's okay to explore :)