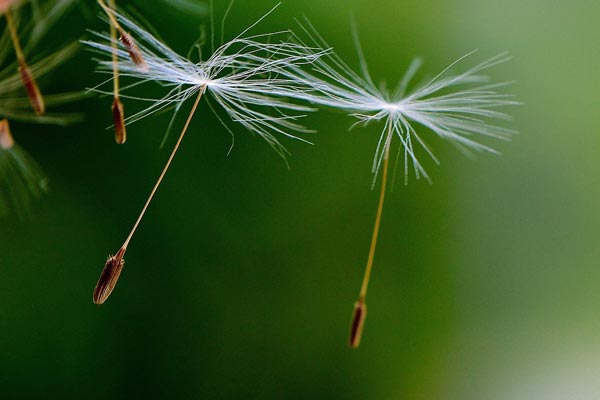 "If you do things as Mother Nature planned your garden and life will always be beautiful." Words from my Grandpa about the why of when he planted.

As I grew up, I loved helping my Grandpa with his flower and vegetable garden. When I was about 12 or 13 years old, I noticed (became aware) that he had certain days circled on the calendar he kept hanging by his work bench in the basement. So naturally, for me, I asked why. His answer was simple, one he had followed since he was taught as a child, and not complicated at all. For me, as I look back, it was one of those life changing aha moments.

The garden part I got immediately, it made sense. The life part, well, not so much. While he went along with my Grandma's idea that they were in America and had to follow new ways, he never let go of his old ways and what he knew just worked. He explained that like growing things in the garden, we could also do that same thing in our life. He got to pick the baptism dates of my mom and uncle. He decided the day to start building their house in Chicago. He picked the day he would start a brand new project at work. I started to get it, but not really, and I know he saw that. So he explained more.

For many of the important things in our life we think about them well before we do anything. Our thoughts, ideas, and plans eventually need a time to come alive. If we work with natures phases, those things have a better chance of growing and blossoming, just like the things in our garden. I probably muttered a "wow and really?" as it then made sense to me. His face lit up with his big smile as he saw that I understood.

But, I was young. And as young ones, we wander off at times from what we were taught works, mostly because we are young and yes, we think we know better. As I got older, and as what I thought were some well planned ideas failed, that memory of his life lesson came back to me. I gave it a whirl. Things actually came out better than planned. It seemed there really was something to it, and I never forgot again.

The Moon Phases of April is one of my faves for hatching new things. For me, the time from its New Moon to the Full have provided many blessings in my life. My Gems website was turned on during this time, I purchased my first business license for my store on an April New Moon, I have registered for classes, enjoyed many summer gardens that were started at this time, and my very long list could go on and on and on.

We've spent the cold and dark winter months dreaming and planning, the time is NOW to bring those things into our physical world. Give it a whirl. Give yourself permission to get a bit of extra help to grow something beautiful!